Indigenous Earth Community Podcast Hear from Indigenous conservation heroes from around the world, on how they are honoring the traditions of protecting the planet, and get actionable tips on how to connect to our beautiful earth, while lessening our daily impact! 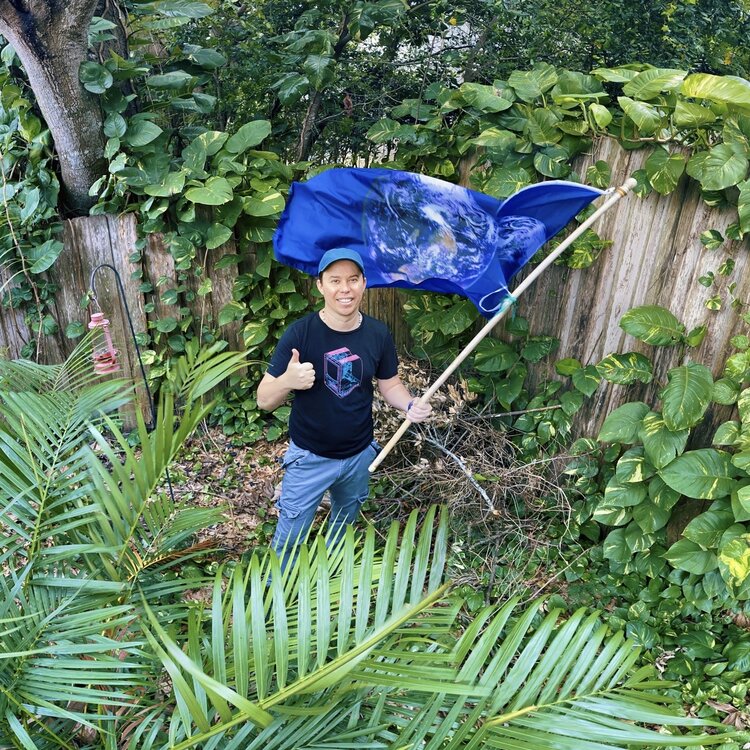 My name is Frank Weaver and I was born and raised in Paraguay during a military dictatorship where I learned the power of images, a molding experience I published in National Geographic.

I grew up visiting the Indian reservations of the Panambi’y Indians as an environmental volunteer, helping to build latrines for sanitation, reforestation of native trees, and installing solar lights.
Throughout these visits I undertook audio-visual documentation of the Guarani culture and the issues they were facing, sharing this information with people all over the world in the form of videos and blog posts.

I was eventually initiated into the Panambi’y tribe by Shaman and elder, Galeano Suarez, who said “Frank is one of us. He was initiated in a ceremony to make him a member of our tribe. I ask all people to support his work as he takes our plight to the world.”

I use film-making and online resources to advocate causes close to my heart, such as indigenous rights in Paraguay, rock art conservation, and environment protection.

In 2010 I won “Planet Inspired” a National Geographic and The North Face award for inspiring people to care about the planet. In 2017 I was able to procure and place an authentic Pai Tavytera altar to National Museum of the American Indian, an Smithsonian Institution

Currently I am one of the Eco Captain of Central Florida Recon, a group of friends that aims at protecting the environment by promoting outdoor adventures where our group encourages people to lessen their impact on the planet. Kayaking on rivers and lakes volunteers see man-made pollution firsthand and are provided the tools to make a positive impact by removing the litter and reducing their trash at home. Together with a coalition we were able to ban styrofoam in the city of Orlando!

I have joined The Out of Eden Walk a project of the Pulitzer Prize-winning journalist and National Geographic Fellow Paul Salopek who is retracing on foot the global migration of our ancestors in a 21000-mile. Working with this project, I have learned a lot about the power of slowing down, and paying attention to the world around us. More than anything, I am very thankful for the main lesson I learned from Paul, his ability of elevating the human spirit even when writing about tragedies we face in our planet. I have learned with him the importance of humor, and taking great care of the trust given by the people you encounter.

I am proud to have become a mentor to UNITY's Earth Ambassadors. An amazing and inspiring group of native youth who are involved in better their community brought environmental projects.

“Jason Carey’s passion and gift is storytelling through music. He was born to do what he does. Technical skills heighten his ability to communicate through a visual-sound connection that touches the soul. What emerges is a cosmic bond for humanity.”

Hear from Indigenous conservation heroes from around the world, on how they are honoring the traditions of protecting the planet, and get actionable tips on how to connect to our beautiful earth, while lessening our daily impact!

Play this podcast on Podbean App